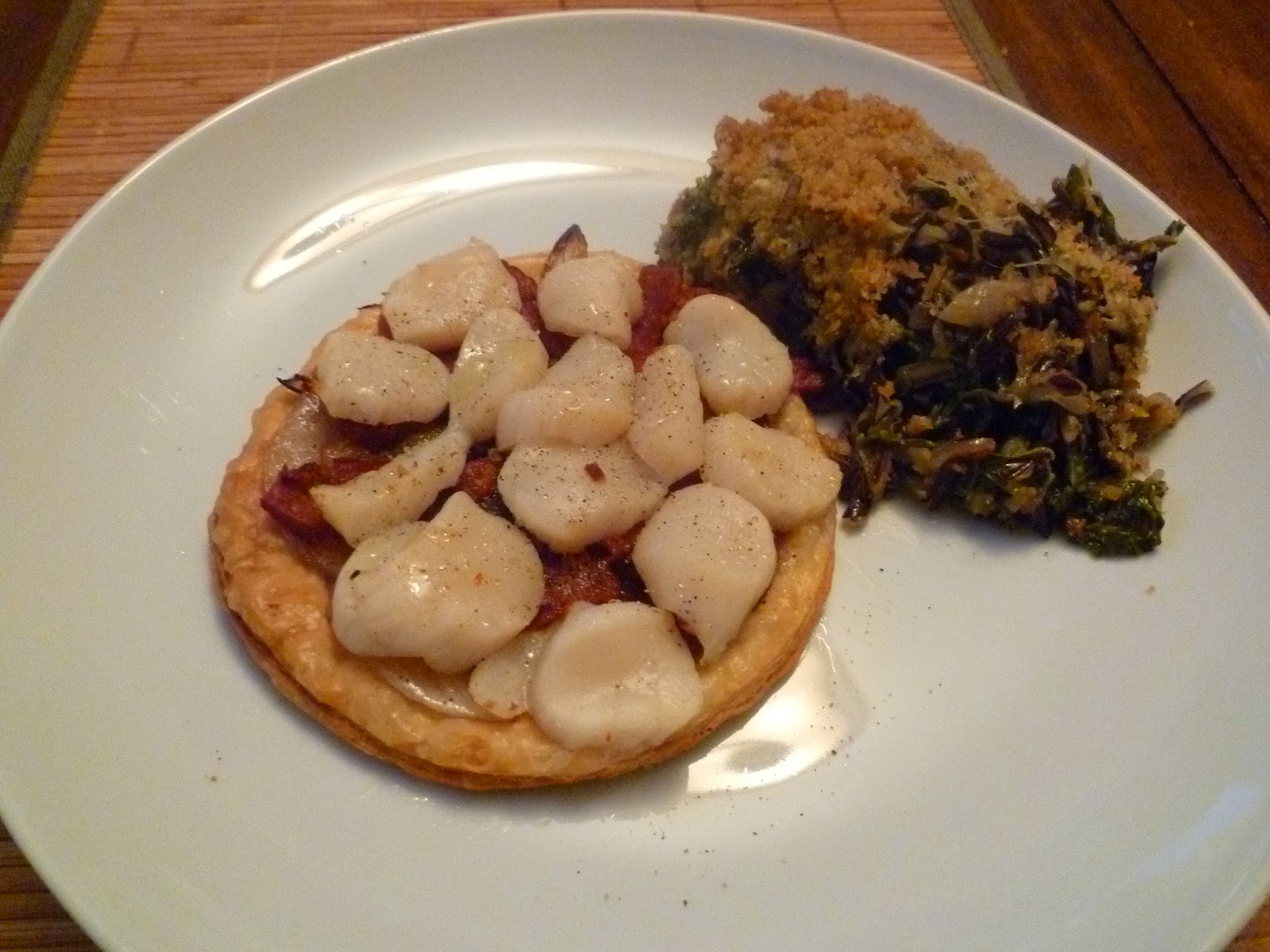 I'm writing this from the airplane.  I was supposed to be in Bryan, Texas (sister city to College Station, the home of Texas A&M, for those who aren't up on their Texas geography) overnight for a work trip.  It's my first night away from Charlotte and I already wasn't very happy about it.  Last night we boarded the regional jet to take us from College Station to Dallas, but stopped after taxiing down the runway.  The pilot came on the intercom and told us that the plane's second engine was broken, and apparently you can't fly (or at least you can't take-off) with only one engine.  To make a long story somewhat shorter, we ended up having to wait for four hours in the gate-area until the next plane arrived, I missed my connection, had to spend the night in the airport hotel (at least it was a Grand Hyatt!) and am now anxiously counting the (3 more) hours until I get home to see Charlotte.  The whole experience was pretty surreal.  College Station is such a small airport that our original flight (at 6:15) was supposed to be the last flight out for the night.  That meant that TSA was headed home about the time that we found out our plane was broken.  Those of us who decided to wait for the next flight were locked in the gate-area, because once we exited security we wouldn't be able to get back in.  The gate area had nothing but one, single-person restroom, and a vending machine.  Nowhere to buy magazines, and no food of any kind.  At least our very nice flight crew ordered in Little Caesar's for all of us! 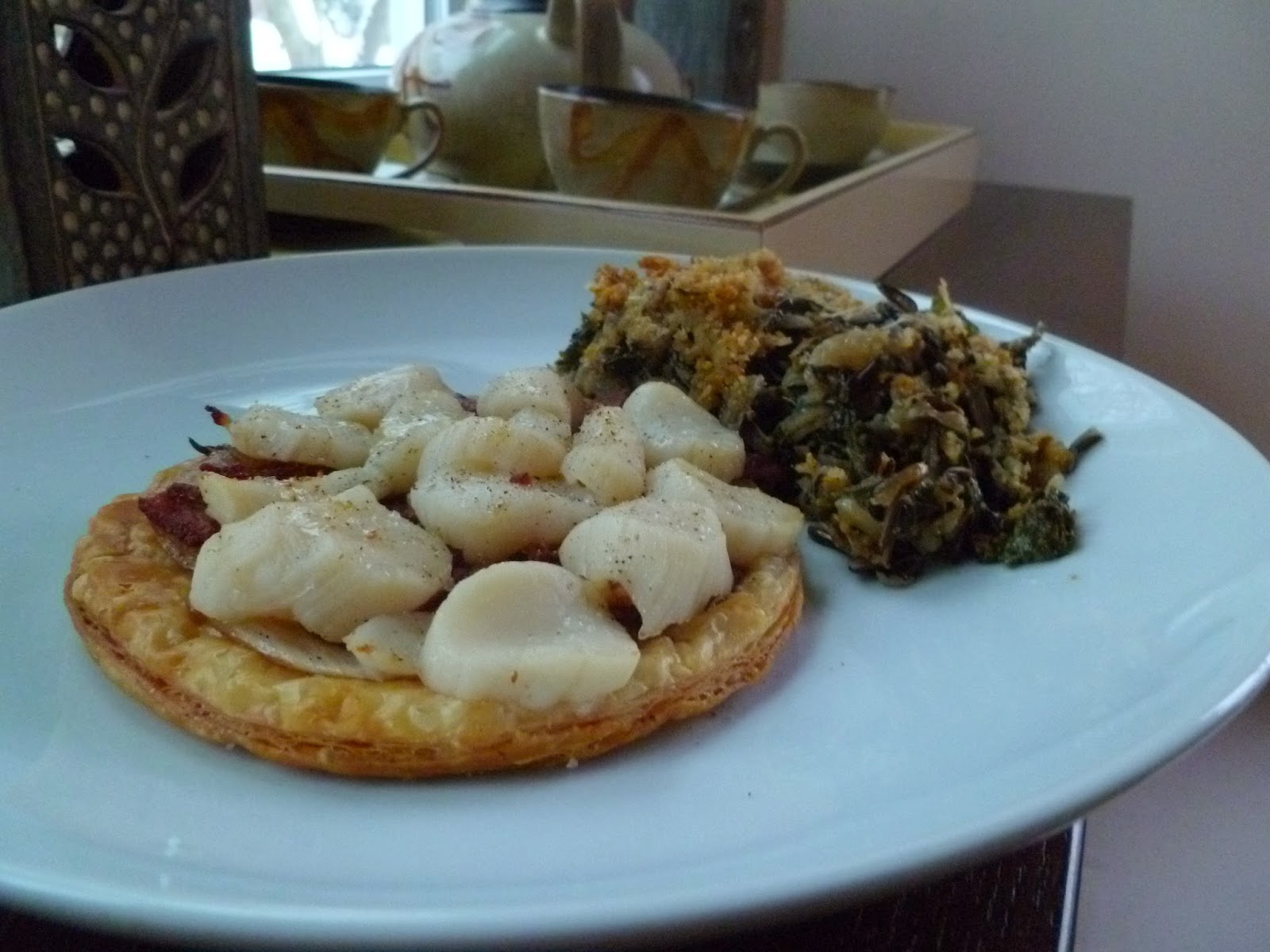 After the week I've had, Paul seriously deserves the husband of the year award.  Not only has he taken care of Charlotte all by himself for the past two nights, but he made these tarts as well.  On Monday I had a million things to take care of before leaving, wanted to spend as much time as possible with Charlotte, and had a work call scheduled from 7-8 PM (ugggh).  With some supervision/instruction on my part, Paul made these tartes along with a kale and wild rice gratin.  He also took the photos for the blog post, with much more patience than I ever manage.  He may have skipped making the salad I was planning on serving with the meal, and the scallops may not look anything like a petal or a flower or a pinwheel, but I'm certainly not complaining.  My first comment after making these was that they're good but, seriously, what wouldn't taste good on puff pastry?  Paul really loved these, he thought the scallops were perfectly cooked, so maybe I'll make them again to repay him sometime.

P.S.  When this posts I'll probably still be catching up on reading everyone's posts from last week.  I'm sorry!  I'm looking forward to seeing what everyone thought of the hens.
Posted by Jora at 1:00 AM 12 comments: 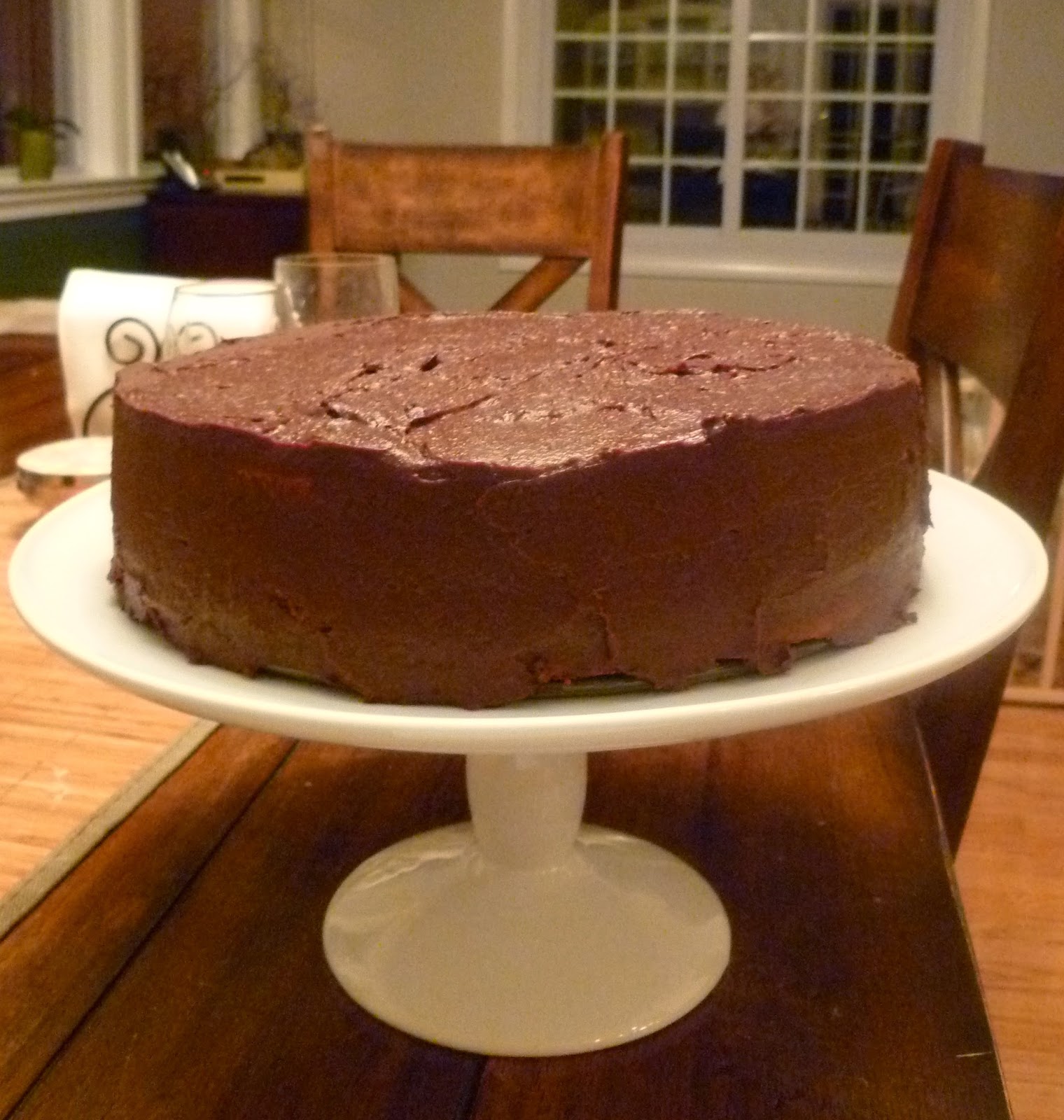 I'm on the plane and internet is slow, so this is going to be another quick post.  (I have to go to Texas overnight for work.  It will be my first night away from Charlotte.  I'm not the least bit happy about it.)  Here are the pros and cons of this cake, as I see them.

Pros:
-- If I hadn't just run out of semisweet chocolate, I would already have had all of the ingredients on hand.
-- It gave me an excuse to make a pot of (decaf) coffee.
-- The cake batter came together quickly and easily.
-- I love just baking one layer and slicing it into thirds, instead of having to bake two or three layers.
-- The ganache was delicious, and the cake was surprisingly easy to frost.
-- Did I mention how delicious the ganache was? 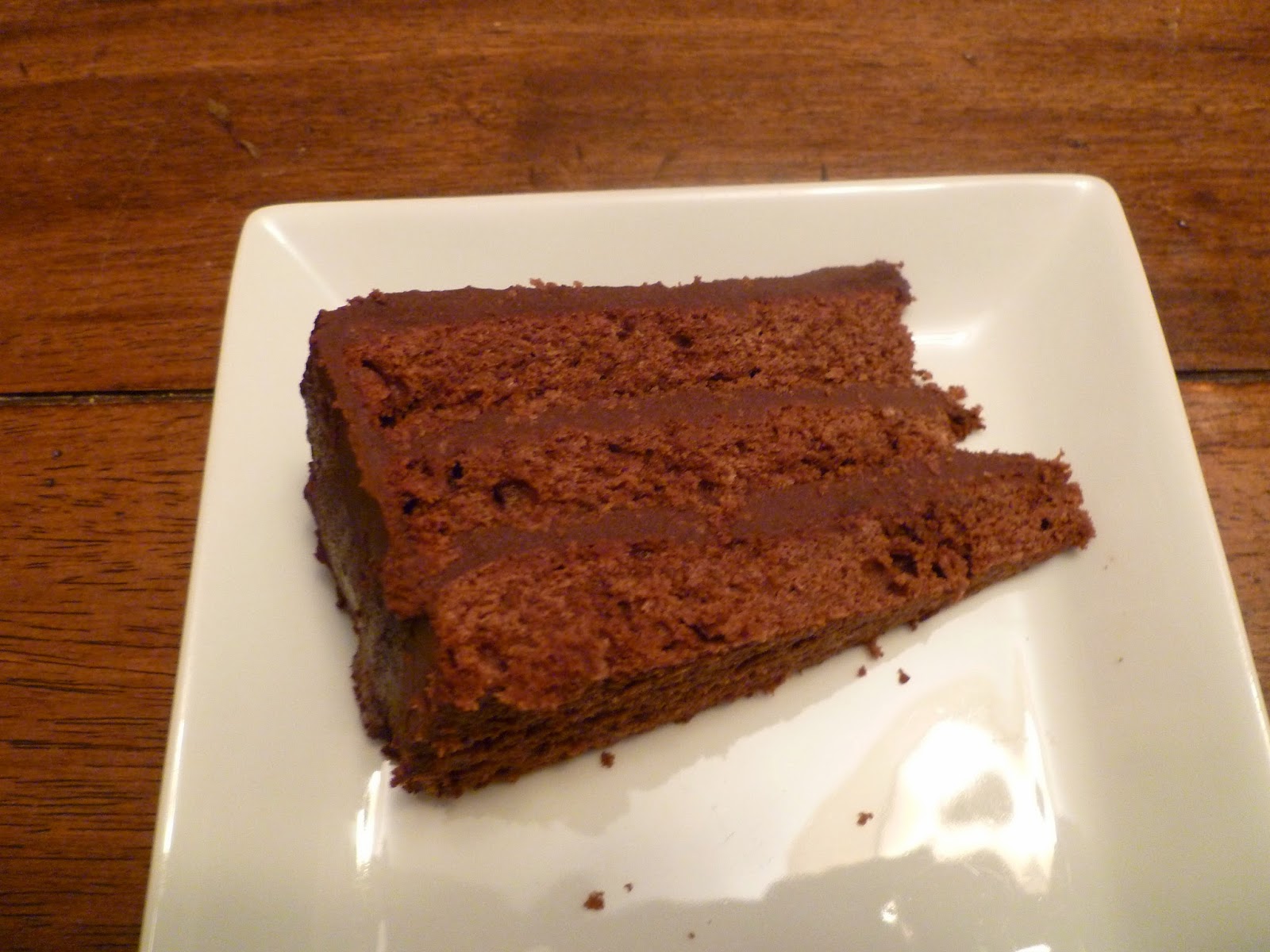 Cons:
-- Brown on brown does not make for a pretty photograph.  I'll be curious to see how everyone else fixed this problem.  The other members of the group are so creative!
-- Maybe I over-baked it, but I was pretty unimpressed by the actual cake layers.  They were kind of dry, and not as chocolate-y as I wanted them to be.
Posted by Jora at 10:54 AM 9 comments: 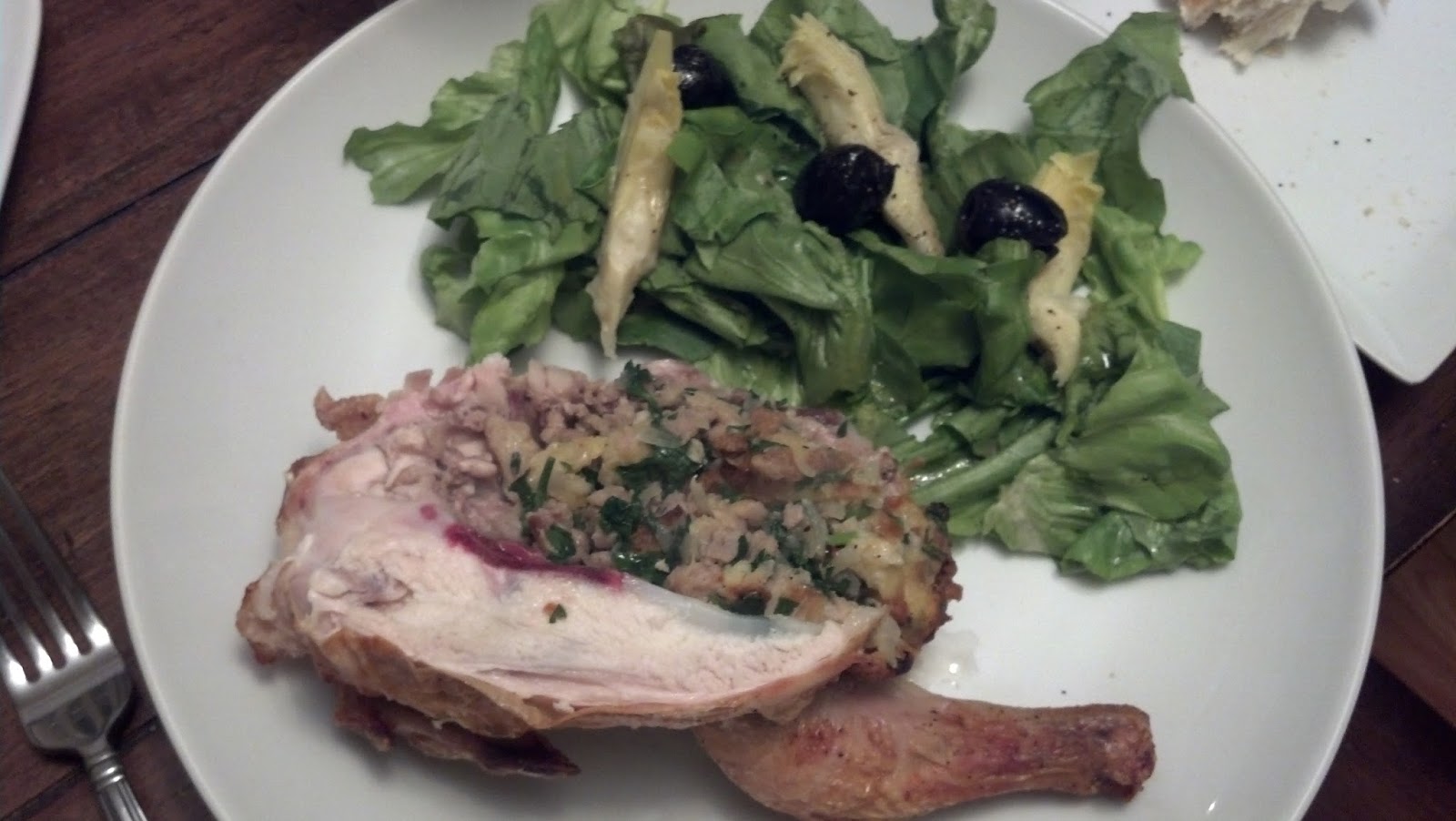 When we sat down to eat this I said to Paul that either Cornish Hen and duck must be an awful lot cheaper in France, or Dorie must have an awful lot of rich friends (or some of both).  One thing I've learned from blogging with this group is that they both make excellent weekend dinners in that they're fast, tasty, and more interesting than chicken, but wow are they expensive.  At 14 dollars a piece, I decided to make a couple of sides and stretch my two small hens into four servings.  I made a Jerusalem artichoke soup from Ottolenghi (except for the second week in a row I couldn't find Jerusalem artichokes, I think their season must be over, so it was really a potato soup) and salad.  I also pulled a Challah out of the freezer to round out the meal.  I really enjoyed the hens.  I did the side-side-back roasting method, and they were perfectly cooked.  The skin was crispy, and the meat was moist and flavorful.  I rarely like stuffing, but actually enjoyed this one, which I made with hot Italian turkey sausage and half a slice of Challah.  This is definitely a recipe I would make again, but definitely not too soon.
Posted by Jora at 12:51 PM 14 comments: 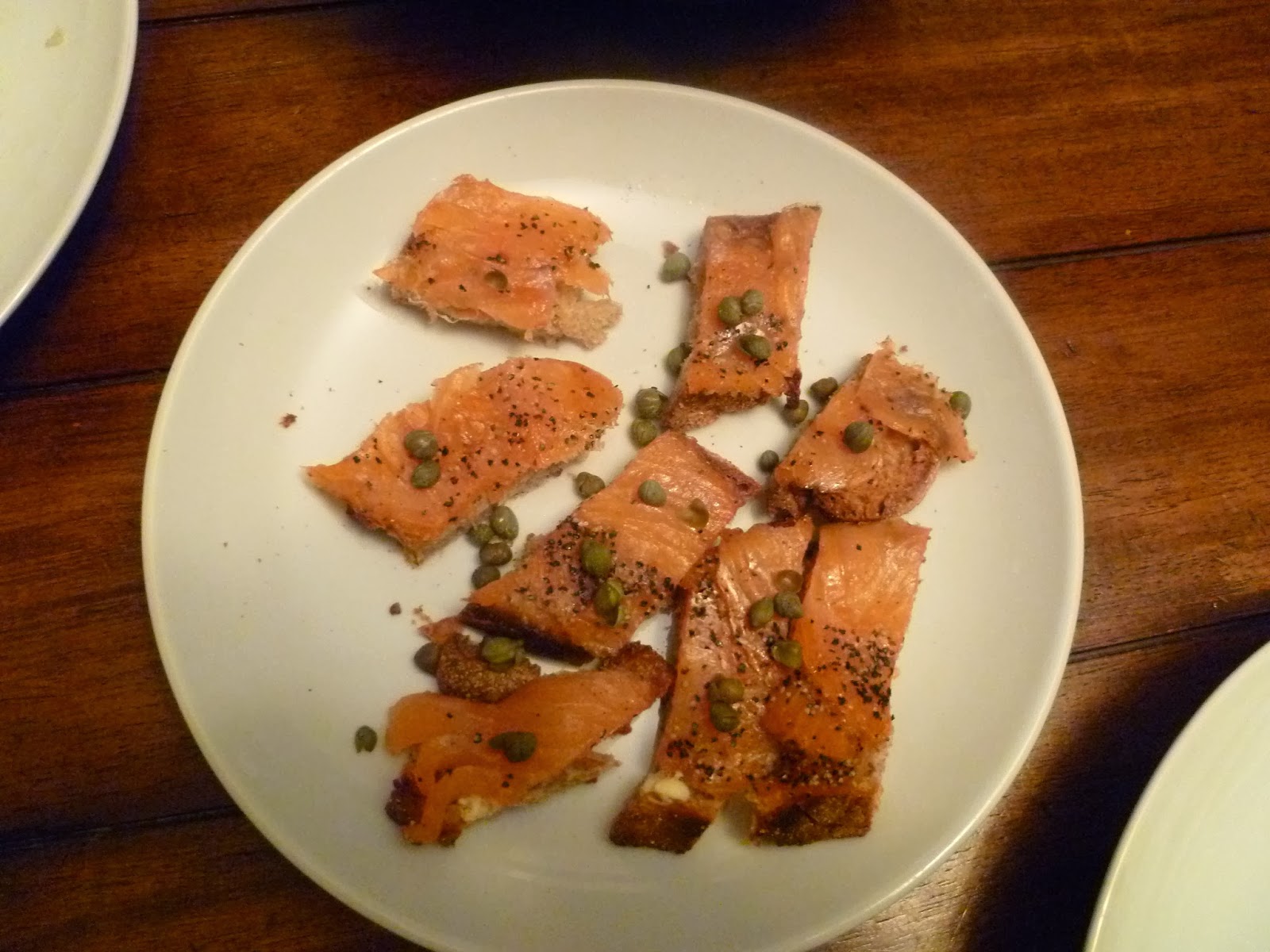 This is supposed to be a guest post from Paul.  He "made" this recipe, and asked if that meant he got to post about it.  I said of course, but here it is Friday morning and he's made no progress on his post.  (For some reasons I'm not surprised!)  I'm having trouble thinking of much to say about this one.  I bought the ingredients for the smoked salmon one because I don't eat beef, and Paul assembled it while I tried to convince Charlotte to eat her dinner.  (I know there have been volumes written on this, but I find it so hard to not take it as a personal insult when Charlotte doesn't like the things I make for her to eat.  I understand logically that she's a baby and not exactly the best judge of my cooking skill, but I definitely spend time and energy on her food, and it's sad when she emphatically spits it out, sticks out her tongue, and makes gagging noises as if I'm trying to torture her.  Anyway, enough of my rant...)  I love smoked salmon in all of its incarnations, and this was another good one.  We served it with a souffleed omelet with sauteed baby spinach and a green salad.  (I get to say "we" because I planned the menu and gave Paul instructions, although he did do most of the actual cooking.)  The best part of this recipe was that it forced me to make some homemade bread.  I did a no knead rye bread, which was excellent.  It has just enough rye flour to give it flavor, but not so much that the bread feels weighed down.  We enjoyed the bread for our tartines, but also used it to make an excellent chicken and bread salad (a winter panzanella from a Canal House book) and to eat as toast for our breakfasts.  I probably won't bother to pull out the tartine "recipe" again, but I'm definitely happy we made it once. 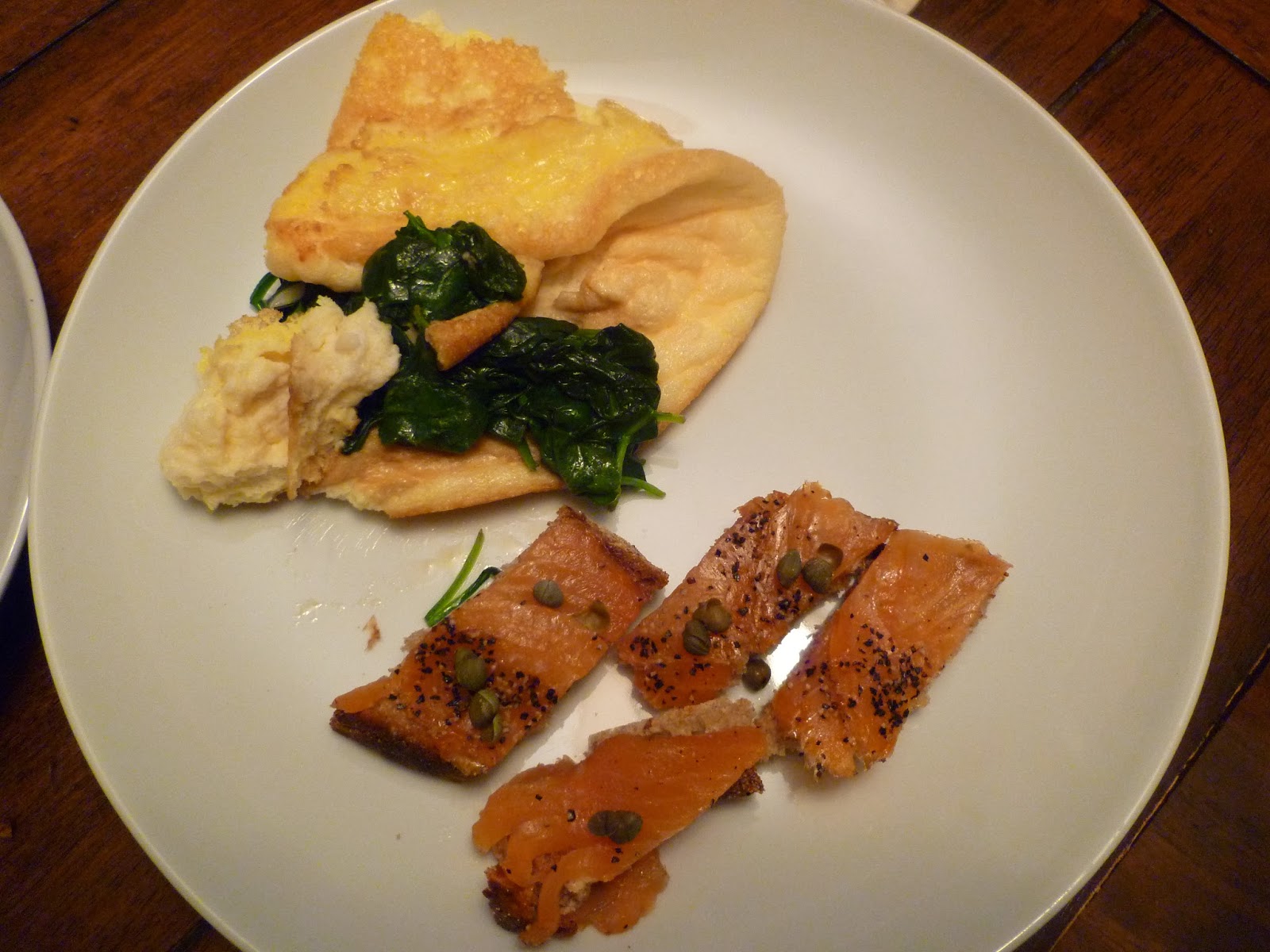 Update:  I've been asked about no knead rye bread.  The recipe I use is from Jim Lahey's bread book.  It follows his same basic method, described here, but you substitute 3/4 cup bread flour for rye flour.  So, it uses  2 1/4 c (300 g) bread flour and 3/4 c (100 g) rye flour.  The other change is to increase the yeast to 1/2 tsp.  Also, the recipe in the book calls for less water, only 1 1/3 c.  However, last time I made it I accidentally added extra water, closer to the 1 5/8 c called for in the NYT recipe, and I thought the crust came out even better than usual. The bread was sticky, hard to shape, and a little bit flat, but the crust was delicious.  So, I guess the amount of water is open to experimentation. 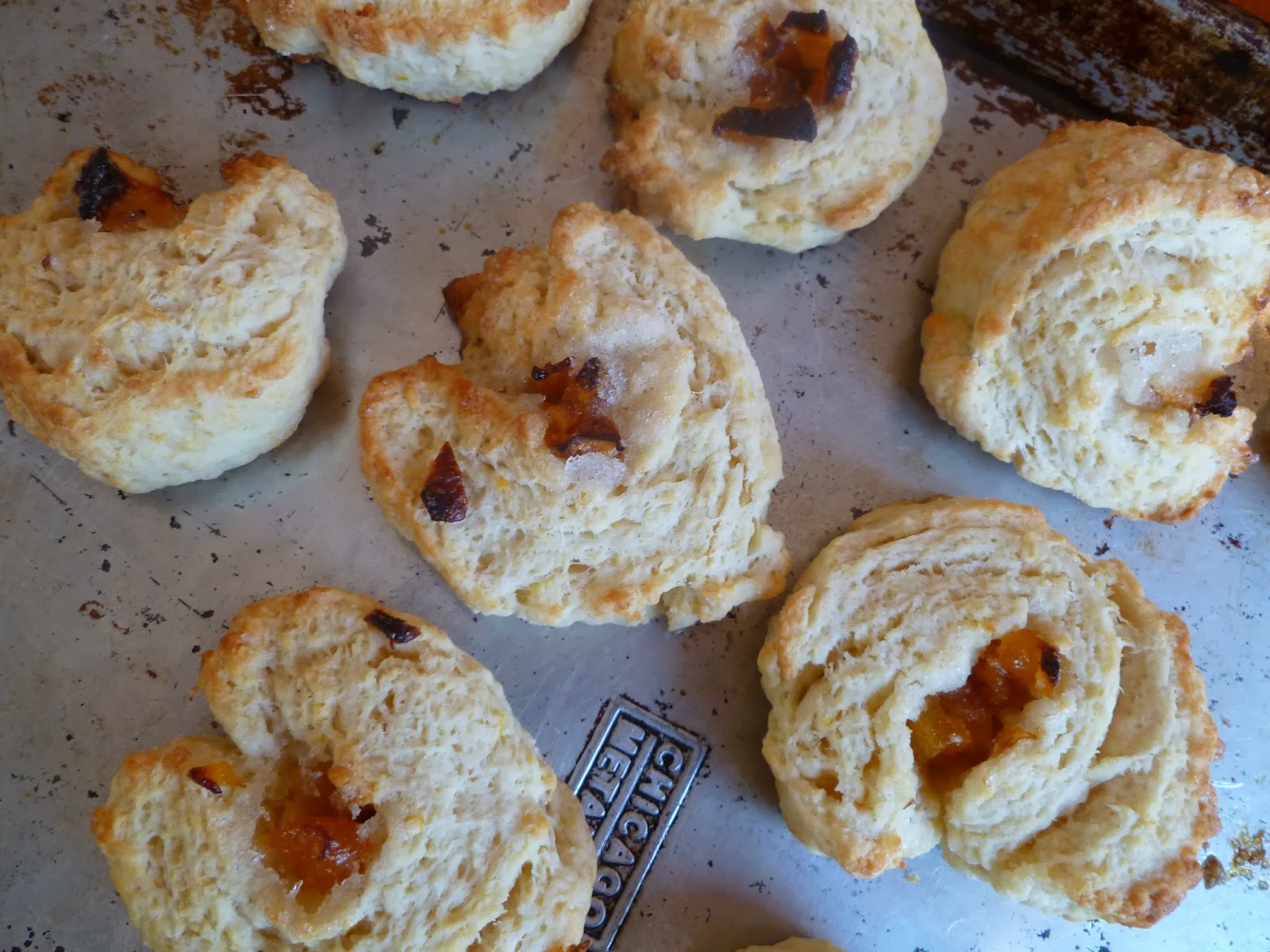 I'm not sure whether to call it a routine or a rut, but weekend mornings at our house have become very predictable.  On Saturday it's always pancakes or waffles, unless we happen to have leftover Challah in which case we make French toast.  Occasionally we'll make Swedish pancakes or Dutch babies if we want to mix things up.  On Sundays it's back to cereal, toast, or granola.  This Saturday when I woke up and came into the living room Charlotte was playing and Paul was reading cookbooks.  He felt like having something different for breakfast, and was looking at recipes.  He was glad to hear that I was already planning on making these buttermilk scones.  I made the rolled version, filled with chopped dried apples and apricots.  They were a tiny bit of extra work, but still relatively quick and easy.  Fresh out of the oven, Paul said these might be the best scones that "we" have ever made.  I'm not sure about the best, we've made lots of good scones, but these were excellent.  They were incredibly light and flakey, and the buttermilk gave them a delicious tang.  These are definitely something I'll make again, and I'm very glad that I have tons of extras stored in the freezer!
Posted by Jora at 6:35 AM 10 comments: