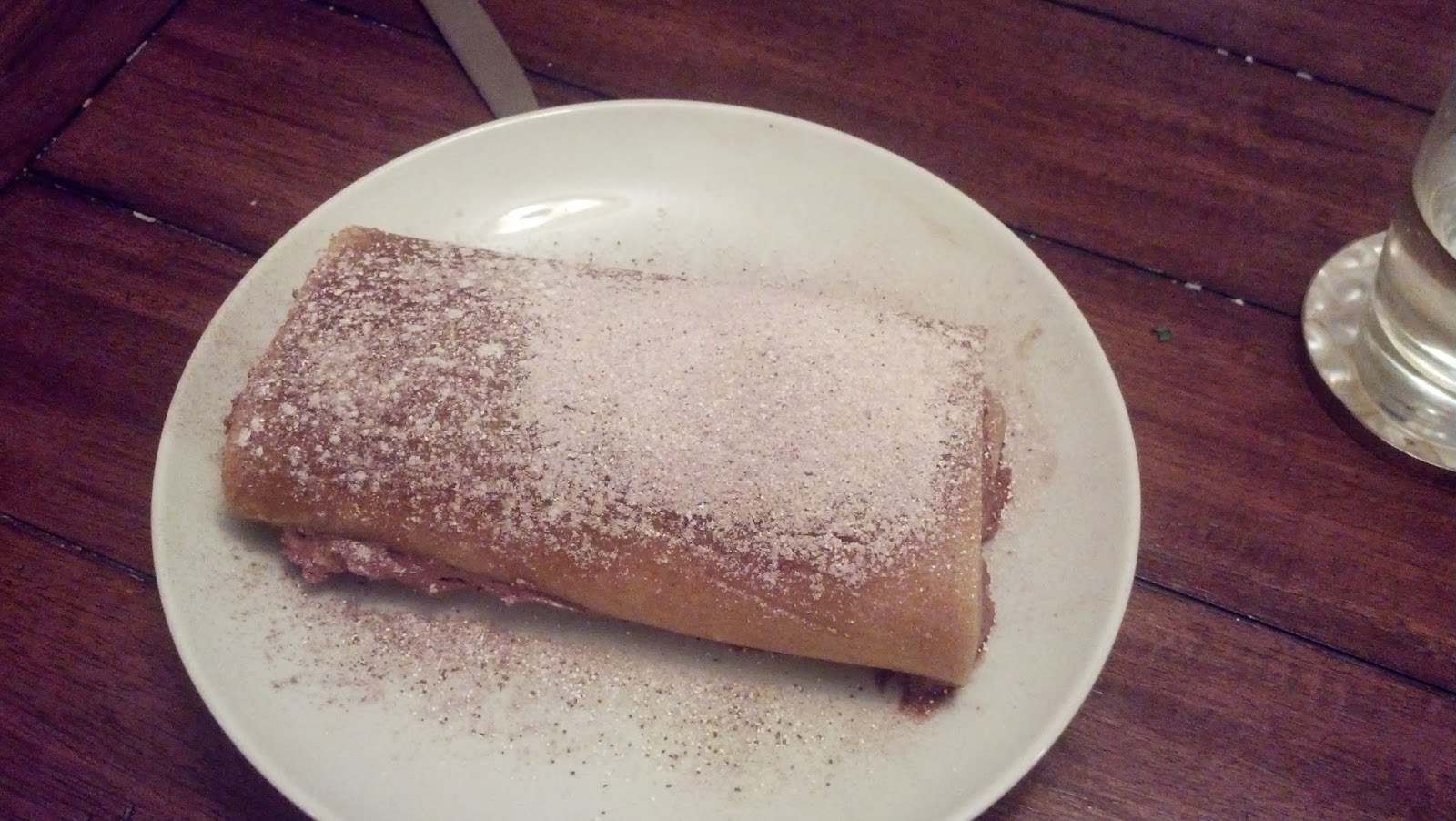 My memory is kind of shot these days, but of the recipes that I remember I think this is my favorite TWD one so far.  My only complaint is the title. I know vanilla chiffon roll is accurate, the chiffon cake has 2 whole tablespoons of vanilla and a lovely vanilla flavor, but this chiffon roll is all about the bittersweet chocolate and walnut filling.  It was absolutely delicious.  I had to stop myself from standing in the kitchen and eating it with a spoon, so there would be some left to actually fill the cake.  This cake had a lot of steps but they were explained very well and, at least with a heavy-duty stand mixer, none of them were too hard. I was a little worried about caking the cake made when Paul left at 5, because I knew everything involving a mixer had to be done before Charlotte went to bed, but (gratuitous baby photo alert) Charlotte had a great time playing in the kitchen while I cooked and I had the chiffon roll baked and resting, the mousse made, and dinner in the oven by the time Paul got home two hours later.  We were also thrilled to see that this was a large cake. We decided to cut it into 12 portions, and froze half of them for later.  I can (embarrassingly) report that they froze beautifully.  This is definitely a cake I'll make again, although I think I'll wait for a special occasion the next time. 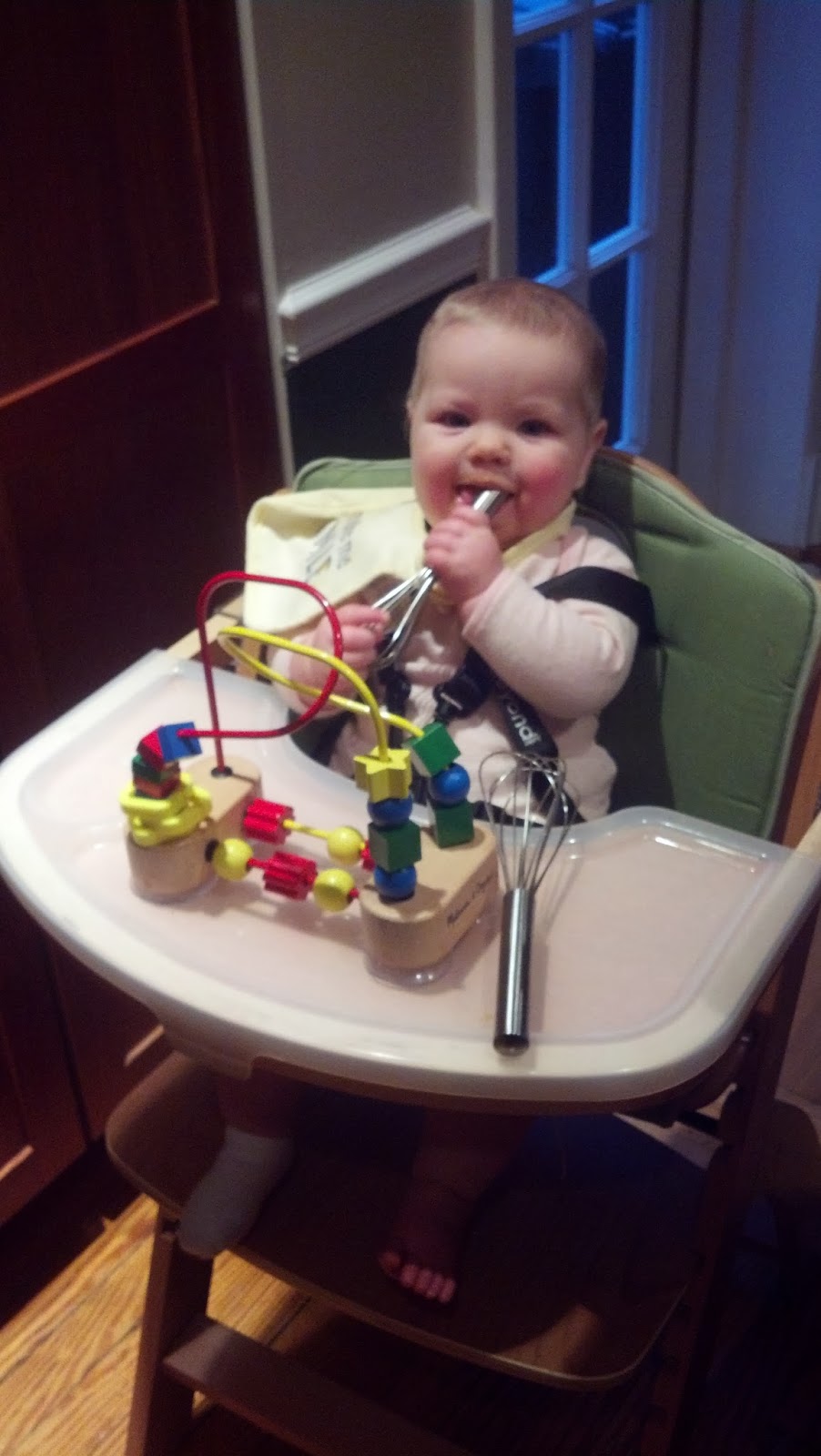