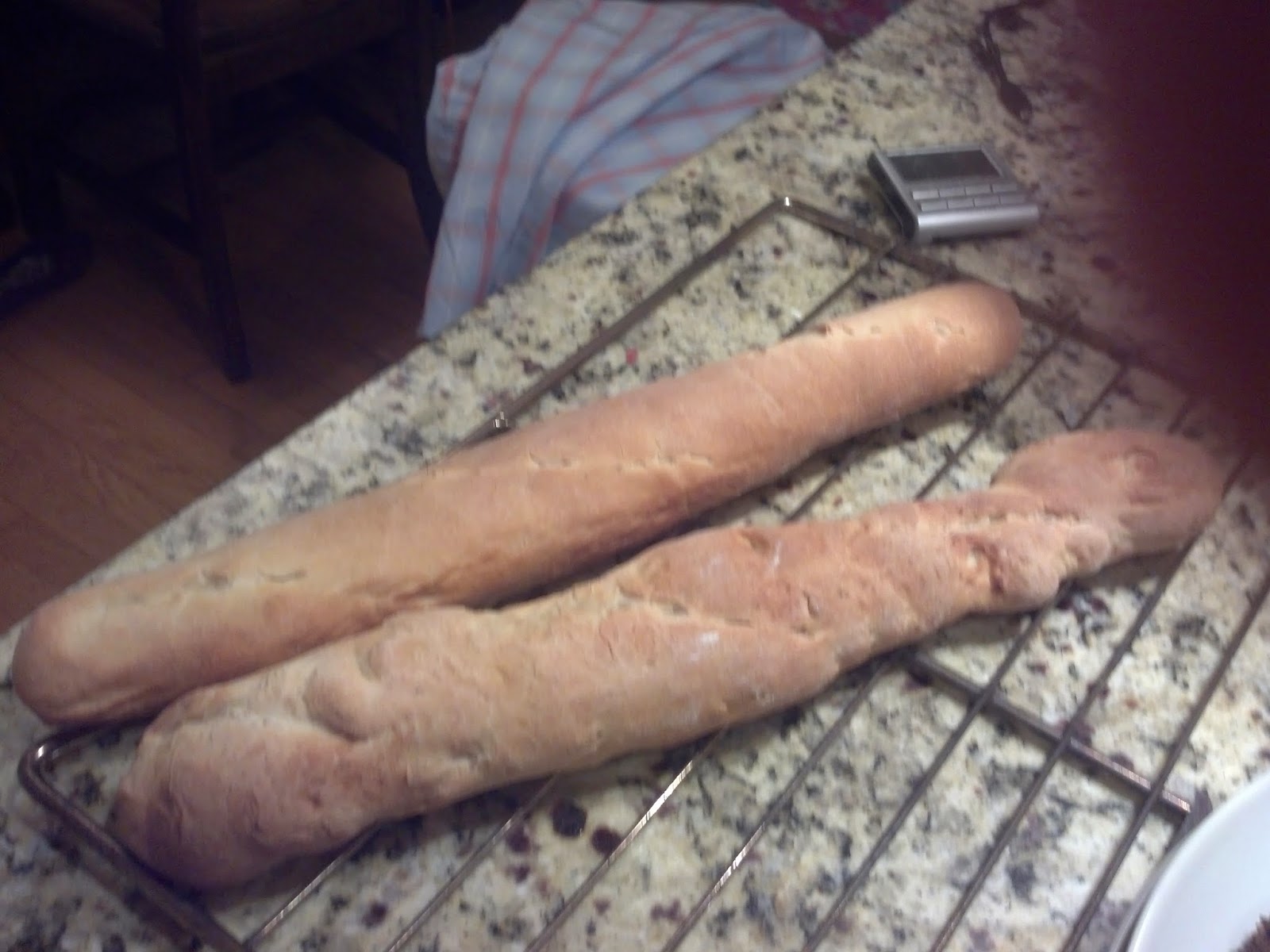 I've made French bread several times at home.  Each recipe that I've tried insists that it really is possible to make real French bread at home.  Each time it's very good bread, with great flavor and consistency, but just doesn't have the same thick, crackly crust that you get at a good bakery.  This recipe was no exception.  We enjoyed it, and using a stand mixer it was easy enough that I might make it again, but I wasn't overwhelmed.  I'm just not convinced that it's possible to bake true French bread in a home oven.  I used dry yeast instead of fresh, though, and wasn't as precise as I could have been with my rises (it was a busy day!), so maybe it was my fault.  I'll be very curious to see how everyone else's breads turned out.  One thing I do know is that Paul is a much better bread-shaper than I am (he does have experience as a semi-professional doughnut maker!) .  Neither one of us really understood the instructions--we probably should have watched the video--but you can guess which one is his and which is mine.  His looks about a million times better!
Posted by Jora at 8:23 AM